In a victory for people power, Hawai’i is about to become the first state in the nation to ban the neurotoxic pesticide chlorpyrifos. The ban is part of a historic new pesticide regulation bill that had already passed the House, and on Friday, April 27, passed the Senate Conference Committee.

“Our residents have long endured health and environmental concerns associated with the use of pesticides, especially in large-scale ag operations,” announced Senator Mike Gabbard, chair of the Senate Agriculture and Environment Committee

“For many years, thousands of people statewide have been demanding that the Legislature take action,” Gabbard continued. “We took a huge step in an on-going conversation about the future of our beautiful Hawaii nei.”

The SB3095 pesticide bill now heads to the Senate floor for the final vote at a third reading on Tuesday. Upon passage it goes to the Governor for his signature.

“We know there are a majority of people in the Senate who if the had chance to vote on the bill they would support it,” says Autumn Ness of the Hawai’i Center for Food Safety. “It’s a pretty done deal. It’s rare for something to come out of conference with a unanimous House vote and not pass.”

During the conference hearing reference was made to the impressive volume of phone calls to senators supporting the bill. “A few people commented on the amount of people participating in the process,” says Ness.

“Over the last few years we’ve learned there’s a really delicate balance of behind the scenes work and pressure from the public at just the right time. We couldn’t have done it without all the people calling in.”

The original bill was opposed by Monsanto, Alexander & Baldwin Co., and the Hawaii Crop Improvement Association. Notification and disclosure provisions were deleted in the Senate with Senator Roz Baker mistakenly declaring they were redundant because of the voluntary Good Neighbor Program. Later in the House these important provisions were reinstated.

Former Kauai County Councilor Gary Hooser reported in the Maui Independent in April 2017 how a similar bill was killed last year. “Key committee chairmen in both the House and the Senate, plus the Director of Agriculture all support the banning of chlorpyrifos, yet nothing happens,” he reported.

Urging public support for the 2018 bill the Maui Independent published Tina Wildberger’s analysis (who is running for the House District 11 seat that represents Kihei, Wailea and Makena) describing how it remained stalled for unknown reasons in the Senate. A follow up article highlighted how the bill’s success rested in the hands of influential Maui Senators Kalani English, Gil Keith-Agaran, and Roz Baker.

The agrobusiness industry vehemently reacted to the news of the historic bill through their Hawaii Crop Improvement Association lobbying group which bizarrely declared that the bill would be detrimental to the health of Hawai’i’s residents and falsely claimed that it impacted all pesticides.

“If signed into law, SB3095 will have a profound impact on everyone who uses any type of pesticide, including using home products to control roaches and ants (chlorpyrifos is an ingredient in both roach and ant control products). The detrimental, wide ranging impacts on farm and pesticide users, will definitely have an immediate effect on other industries, that in turn, will have impacts on the health and well-being of our precious resource, our residents.”

The bill is a huge win for concerned citizens who demanded their representatives heed the will of the people rather than kowtowing to the lobbying efforts of the chemical/farming industry.

“This is the first time ever the Hawaii legislature has gone against the wishes of the HCIA (Monsanto, Dow Chemical, DuPont, Syngenta/Hartung etc) and you can bet, they are working around the clock strategizing on how to beat us,” noted Gary Hooser of the Hawai’i Alliance for Progressive Action.

Unfortunately the chlorpyrifos ban won’t take effect until the close of 2022. Any use of chlorpyrifos, however, would now require temporary use permits from the Department of Agriculture, which might be under pressure from public health advocates to deny such applications.

“This bill is an important statement by our state that has national implications,” said House Agriculture Committee Chair Richard Creagan. “It will bring attention to the risk to pregnant women from chlorpyrifos. It will also send a message to the 100 countries still using chlorpyrifos that tens of millions of their babies and children’s brains are at risk and show them how to reduce that risk.”

Manufactured by Dow Agrosciences, chlorpyrifos is the most widely used conventional insecticide in the country. It targets the same chemical pathway in the body as nerve agents such as sarin gas, though chlorpyrifos is far less toxic than sarin.

In 2016, the U.K. decided to ban all uses of chlorpyrifos, except for on brassica seedlings (like broccoli and cabbage) using a specific method.

Four studies by the Columbia Center for Children’s Environmental Health  examined associations with chlorpyrifos and neurodevelopment. At age 3 the researchers found increased mental delay, psychomotor delay, attention disorders and pervasive developmental disorders among the high-exposure children. In a follow-up study at age 11, the researchers observed increased mild to moderate tremors.

“The passage of this bill is the result of sustained action and pressure over the years,” says Mark Sheehan of the SHAKA movement. “Enough people, especially from the outer islands, were willing to get on a plane and fly to Honolulu time and time again to walk the corridors and urge representatives and senators to pass this bill. Because it’s an election year people had to listen.”

“Last year Monsanto had 11 lobbyists in the state and Syngenta and Dow and Pioneer all had one each, so you’re up against 15 lobbyists, a massive amount of political clout that our legislators have to stand up against.”

Requiring mandatory reporting of all Restricted Use Pesticides (RUPs) throughout the state, records will finally exist of when, where and what was sprayed. This is a critical part of the bill which will now allow an analysis of any health impacts in the relevant areas of spraying.

“All users, and there were 126 in 2017, will have to disclose tax map information, date and time,” Ness explains. “We don’t know what the DOA will do with the information, but at least we can file a FOIA request.”

No one will be allowed to spray any RUPs on any school grounds or within 100 feet of a school during instructional hours. The bill also will require a pesticide drift monitoring study around three schools.

Grateful that the legislature has finally taken action, Ness marvels that it took so much dedicated activist work to pass a law to protect the health of Hawai’i’s people. “It shouldn’t be this hard,” she says. “The fact that it took this long and this much energy on the part of regular people to get the most basic version of any of our bills passed is a farce. This is not what government should look like.”

In another historic environmental victory, Senator Gabbard, who is the father of Congresswoman Tulsi Gabbard, helped pushed through committee a bill that he introduced  making Hawai’i the first state in the nation to ban the toxic sunscreen ingredients oxybenzone and octinoxate to protect “our coral reefs, oceans, and marine life.”

Besides acting as an endocrine disruptor, oxybenzone can damage coral DNA and might lead to what forensic ecotoxicologist Craig Downs calls “reef zombies” or corals and other reef organisms that look “healthy but are actually sterile and dead—so they cannot reproduce.” 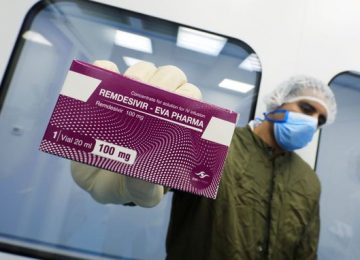 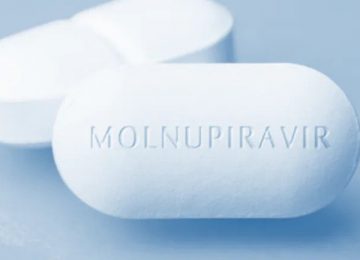