As Maui’s electorate prepares to vote for County Council candidates a clear choice has emerged. Eight progressive candidates have united as ‘Onipa’a 2022 on a platform of protecting our island’s fragile resources are facing off against a group of corporation-friendly candidates seeking to turn back the clock to the days when developers and agrochemical companies controlled our county government.

“‘Onipa’a is to be steadfast in the pursuit of justice, regardless of the gale force winds that try to uproot us,” Keani Rawlins-Fernandez explained in a press release. Meaning “steadfast, firm, resolute,” ‘Onipa’a was part of Queen Liliʻuokalani’s moto – “E ‘onipa‘a…i ka ‘imi na‘auao” (Be steadfast in the seeking of knowledge).

They face a mountain with massive amounts of outside money pouring in to defeat them. Deborah Caulfield Ryback in a “Politics on Maui” article suggests these “donors will probably end up spending north of $2 million this election season to support both mayoral and council candidates,” like Richard Bissen, Tom Cook, Buddy Nobriga, John Pele, and Nohe U’u Hodgins.

According to Hawaii News Now, Be Change Now spent $4.1 million dollars just in the lieutenant governor’s primary, in an attempt to unsuccessfully defeat Sylvia Luke. It was the most ever by a PAC for a single race. “I think the Carpenters are struggling with now, is that they are, in some ways, kind of the boogeyman of local politics,” said Colin Moore, a University of Hawaii political science professor.

When the Maui Hotel & Lodging Association Political Action Committee recently presented their endorsements for County Council, it was no surprise that it included zero ‘Onipa’a 2022 candidates.

“With millions in dark money flooding into Maui County to support pro tourism and luxury development candidates, we have to band together to generate the movement and the mana necessary to prevail and maintain a progressive majority on council,” reported Jordan Hocker, who is running against the Maui Hotel & Lodging Association’s entrenched Upcountry candidate Yuki Lei Sugimura. “Big money is counting on apathy.”

Another super PAC, the National Association of Realtors Fund, jumped into the Maui council race in a failed attempt to defeat Keani Rawlins-Fernandez.

As the late environmental activist Mark Sheehan noted in a 2018 Maui Independent article: “Since statehood, political power on Maui has resided with resort, development and agribusiness interests.  Through their campaign donations and backroom support, this powerful business establishment kept an old guard of politicians in power.”

For the first time in the history of Maui County, two years ago, the Council gained a progressive majority of five members. This resulted in extensive historic legislation to: manage tourism and reduce vacation rentals; promote long-term, affordable housing opportunities for residents; create a department of agriculture to increase food security; prevent generational families from being priced out; protect the environment and culturally sensitive areas; and transition Council meetings online to create more transparency and accessibility.

Now they are under attack with outside corporate and luxury developer interests ramping up misinformation campaigns to influence election results.

Presenting a series of rallies around the island before the general election on November 8, all eight ‘Onipa’a 2022 candidates took turns speaking in Pukalani on October 14.

Introducing the event, former County Council member Alika Atay described how the aloha ʻāina focused Council members had addressed the strategic issues of the environment, housing, water, and tourism, “to help protect the people and Maui’s future. But this is at stake because if we lose the majority then all of that effort has a potential to be repealed.”

Having watched council meetings online, Jordan Hocker said she was amazed by “the amount of people paid six figures, who come here, and paint doomsday scenarios about what would happen if we take our island back for our people, what would happen if we mitigated tourism, what would happen if we diversified the economy. Disaster. That’s always what they say… My opponent raised $60,000 dollars running unopposed last election and you have to ask yourself why? And why are they so invested in this seat not losing at all?”

Representing East Maui, Shane Sinenci highlighted the issue of Maui’s precious water resources and how a Canadian investment fund, owner of Mahi Pono, threatens our island’s water supply. “For over a hundred years, the plantation has been diverting water out of all of our East Maui streams. It was a local company that was doing the plantation, but right now that local company is helping a foreign corporation and we can’t have that. Water is life.”

Keani Rawlins-Fernandez honored Maui’s first progressive candidate, Wayne Nishiki, a lone voice who battled developers in the 1980s. “We stand on the shoulder of a giant, one of the biggest troublemakers here tonight, Wayne Nishiki,” she said, before declaring “special interests are flooding our election. They want to take back control of land use, of water, of housing, and the budget of our money and resources. It’s about home rule. We will not let foreign interests, offshore interests, come in with their millions of dollars to buy our election, to trample over us.” Summing up the importance of the upcoming election, Noelani Ahia, who is running against Alice Lee for the Wailuku-Waihee-Waikapu seat, warned “our ʻāina is being desecrated, our water is being poisoned, our lives are literally at stake and we need everybody to rally around protecting these islands. That means all of us have to rise up.” 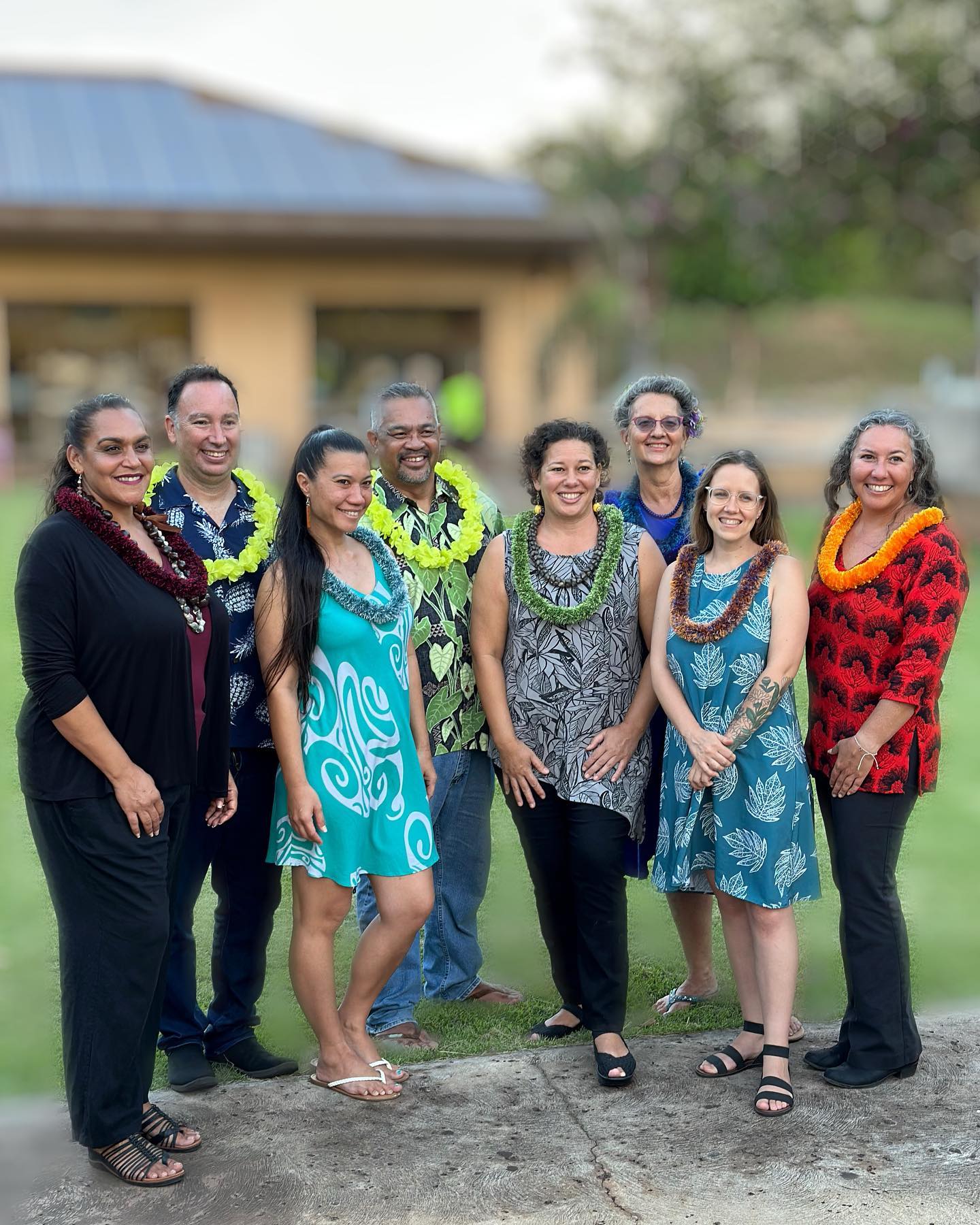