The agro-chemical industry has long downplayed the adverse impact of pesticides often in collusion with government agencies. Official narratives, pushed by the  industry, the media fed false information, and key agencies, have deliberately minimized health concerns.

On Maui we have faced years of Monsanto spraying toxic chemicals. Before they stopped posting their annual pesticide use, Monsanto reported applying a number of Restricted Use Pesticides that are banned in Europe.

Now questions have been raised by Mahi Pono’s operations here, with Maui Time publishing an expose about paraquat use by the major ag concern that bought 41,000 acres of former sugar cane land. After their first potato crop was distributed free to the Hawai’i Foodbank, folks commented on social media, wondering about pesticide levels.

Maui Time just revealed the results of an independent test on a sample of Mahi Pono’s potato crop which show no pesticide residue at all, apart from a trace of chlorpropham, along with trace amounts of cadmium and lead. Chlorpropham  is banned in the European Union.

The lack of pesticide residue is rather curious because most conventionally-grown potatoes have one of the highest pesticide contents among fruits and veggies. According to the USDA’s Pesticide Data Program, 35 different pesticides have been found on conventional potatoes. Chlorpropham, an herbicide used to stop the growth of weeds and to inhibit potato sprouting is the most common. The Journal of Pesticide Reform noted that out of 41 commonly-used potato pesticides 14 are classified as possible carcinogens by the EPA.

In response to community concerns, Mahi Pono rolled out the Hawai’i Farm Bureau Federation’s executive director Brian Miyamoto, who sought to “clear up common misconceptions” about pesticides and nutritional differences between organic and conventional growing techniques in a Maui News report.

What Miyamoto neglected to mention is that a number of toxic pesticides allowed on Hawai’i’s farms and produce are banned in Europe, and that the U.S. allows the use of 85 pesticides that have either been banned or are being phased out in the European Union because of health and environmental concerns.

Hawai’i will ban chlorpyrifos in 2022. Up until then this pesticide, which has found to be harmful to the brains of fetuses and young children, can still being used in the islands.

The European Food Safety Authority announced in August 2019, that no safe exposure level existed for chlorpyrifos. An international team of researchers has estimated that exposure to organophosphate pesticides, including chlorpyrifos, wipes out a total of 13 million IQ points each year. Despite the heavy lobbying of the manufacturers, Corteva and Ascenza, the European Union voted to ban chlorpyrifos, while our EPA deems it safe.

It’s not a surprise that Corteva has announced it will no longer produce chlorpyrifos. “This is a victory for our kids, farm workers and rural communities nationwide,” Jennifer Sass, senior scientist at the Natural Resources Defense Council, said in a statement.

U.S. regulators and the companies that sell pesticides suggest that pesticide residues pose no threat to human health. Most residue levels found in food fall within legal tolerance levels set by the Environmental Protection Agency. The agribusiness group the Alliance for Food and Farming insists there is no cause for alarm, no matter the number of pesticide residues found.

Even Harvard Medical School heavyweights have weighed in dismissing fears. “The verdict is still out about pesticides and fertilizers as far as the long-term impact on health,” says Kathy McManus, director of the Department of Nutrition at Harvard-affiliated Brigham and Women’s Hospital. And McManus says she doesn’t recommend organic food.

The problem is that repeated low level exposures to trace amounts of pesticides in our diets could be contributing to a range of health problems, particularly for children.

Studies show that consumption of an organic diet can lead to a substantial and immediate reduction in organophosphorus pesticide exposure, with metabolite levels dropping below limits of detection immediately after the introduction of organic diets.

The importance of understanding low-level exposures to organophosphorus pesticides is underscored by the results of several studies of the effects of low levels of exposure to infants and children. Mother–child cohort studies have found prenatal maternal urinary dialkylphosphate metabolites (DAP) levels to be significantly associated with attention problems and attention deficit/hyperactivity disorder in children at 5 years of age, poorer intellectual development at 7 years of age, and decreased cognitive development in children at 1 year of age and at 6–9 years.

Published in JAMA Internal Medicine in 2018, a Harvard study found dietary pesticide exposure may be associated with adverse reproductive consequences. Greater intake of high-pesticide residue in fruits and vegetables was associated with a lower probability of pregnancy and birth.

Other recent studies showed found a significant reduction in the risk of cancer among high consumers of organic food and an inverse association with diabetes.

Toxicologist Linda Birnbaum, who directs the U.S. National Institute of Environmental Health Sciences, has also raised concerns about pesticide dangers through exposures once assumed to be safe. She called for “an overall reduction in the use of agricultural pesticides” due to multiple concerns for human health. “Existing US regulations have not kept pace with scientific advances showing that widely used chemicals cause serious health problems at levels previously assumed to be safe.”

Besides minimizing the impact of pesticides, Big Ag’s strategy to deflect criticism includes disputing the benefits of organic food. In his support of Mahi Pono’s operations, Hawaii Farm Bureau Federation’s Miyamoto stated that there is no nutritional difference between organic and nonorganic produce.

Industry mouthpieces like the Genetic Literacy Project trumpet the same position suggesting that while there is some evidence that organic crops have a greater level of a particular nutrient, they’re so minimal to be inconsequential.

And the bastion of conservatism, Forbes magazine, publishes pro-agro-chemical industry articles like “Why I Don’t Buy Organic and Why You Might Not Want to Either.”

In contrast a major scientific analysis published in The British Journal of Nutrition in 2014, based on 343 peer-reviewed studies, found organic food has more antioxidant compounds, which protect cells from the effects of aging, and lower levels of toxic metals like cadmium and pesticides.

Organic foods have also been found to have higher micronutrients, such as vitamin C, zinc and iron.

One of the most startling findings in 2014 analysis was that organic crops had on average 48% lower cadmium levels than conventional crops. Cadmium is a highly toxic metal that can cause kidney failure, bone softening, and liver damage. The half-life of cadmium in the body is 17 years.

Our primary exposure to cadmium comes from food. Leafy vegetables and potatoes naturally accumulate higher levels of cadmium than do fruits and cereals.

Cadmium is a known neurotoxin. Children with higher cadmium levels are three times more likely to have learning disabilities and participate in special education, according to a 2012 study led by Harvard University researchers.

Dr. Robert Wright, the study’s senior author, emphasized that the links to learning disabilities and special education were found at commonplace levels previously thought to be benign.

While Europe has created a safe minimum daily intake level, no minimum has been set in the US.

The Food and Drug Administration released a study in 2019 estimating young children’s exposure to cadmium from their diets and identifying food groups that are a significant source.

The FDA’s best estimate of mean exposure to cadmium was 0.43 µg/kg-bw/day for 1-3 year-olds. The European Food Safety Authority has set a limit of 0.36 μg/kg-bw/day, which implies America’s children are ingesting harmful levels of cadmium in their food.

As to why organic food has less cadmium, the 2014 study authors suggest certain synthetic fertilizers applied on conventional farms alter soil microbial communities, and the biochemistry of the soil, in ways that increase the bioavailability of cadmium to plant roots. Moreover some conventional fertilizers containing phosphorous are contaminated with cadmium, thereby creating elevated levels in the soil.

The quest for ever-greater productivity, using fertilizers, herbicides, pesticides, is killing our soil warns U.S. Department of Agriculture researcher Rick Haney. “We are destroying the organic matter in the soil, and we’ve got to bring that back to sustain life on this planet,” he reports. Pesticides and fungicides in particular destroy healthy soil biological activity.

So what about the soil health of Maui’s former sugar cane land that was doused for  decades with pesticides?

According to a 2011 study by Hawai’i’s Department of Health, arsenic-based pesticides were in widespread use from the 1910s through the early 1940s. “Trace to heavy contamination of soils with arsenic is often identified at operations that were active during this period.”

From the mid 1940s through the late 1960s to early 1970s there was widespread use of pentachlorophenol (PCP), which is extremely toxic to humans. It’s been associated with cancer (Hodgkins disease, soft tissue sarcoma, and acute leukemia), and spontaneous abortions, unexplained infertility, or menstrual disorders.

The DOH says pentachlorophenol degrades over time and in itself poses only localized, long-term environmental concerns at a limited number of sites. “However, PCP was later found to contain significant levels of dioxins that were generated during production of the chemical. Significant dioxin contamination can be present in soil even though PCP has degraded to well below levels of concern. Dioxins in soil at pesticide mixing sites could pose potential direct-exposure concerns if the soil is not properly managed.”

Dioxins are a group of highly toxic chemical compounds that are harmful to health. They can cause problems with reproduction and the immune system, disrupt hormones and lead to cancer.

The Hawai’i Journal of Medicine and Health published a 2012 report that revealed some pesticide mixing sites showed soil contamination hundreds of times above state action levels. “While various residual pesticides have been identified at these sites, the key risk drivers are generally arsenic and dioxin.”

Our state government has long promoted the interests of Big Ag from the plantation days to contemporary times when the GMO seed companies flocked to the islands. Back in 2009, when a bill was proposed to ban the production of GMO taro, the Department of Agriculture and researchers at the University of Hawaii at Manoa opposed the bill.

At the time, Maui Senator Shan Tsutsui (and later Hawai‘i’s Lt. Governor) commented, “Wouldn’t it be ironic if one of these genetically modified taro species saved Hawaiian taro someday from being wiped out.”

Tsutsui currently serves as Mahi Pono’s Senior Vice President of Operations. He previously worked for Strategies  360, which lobbies for the coal and oil industry in the Northwest. 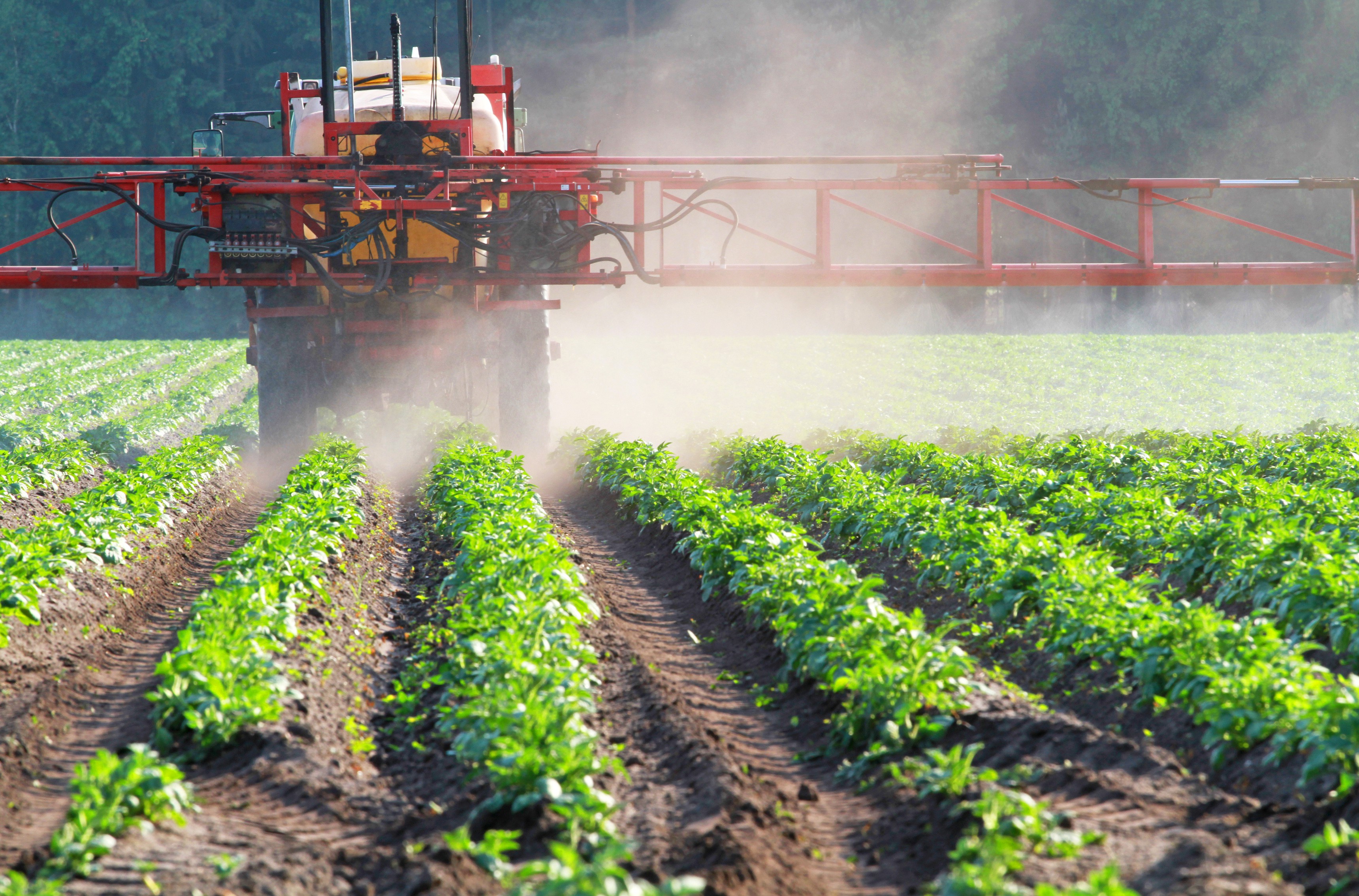