Presidential candidate, Hawaii congresswoman Tulsi Gabbard, has renewed her criticism of the agro-chemical industry’s use of toxic pesticides, calling for Monsanto’s Roundup to be banned.

“I’ve said it before, I’ll keep saying it: ban roundup!” Gabbard said in a tweet on Friday. “It’s long past time we stopped relying on corrupt corporations with a profit incentive to fund science telling us their chemicals are ‘safe.’ Victims shouldn’t have to go to trial to get the truth.”

In February she tweeted: “We need to ban all products containing glyphosate, including Roundup. It’s poisoning our people, butterflies and other insects, the land and the water.”

No other presidential candidate has so far called for Roundup to be banned.

Gabbard’s latest tweet follows the latest court case where a federal jury dealt a huge blow to the agrochemical giant, asserting that Roundup played a substantial role in causing a California man’s cancer.

Jurors ruled in favor of Edwin Hardeman, a 70-year-old Sonoma County man, finding that exposure to the herbicide Roundup was “a substantial factor” in the development of his cancer.

During the latest Roundup court case, Judge Chhabria noted: “There is strong evidence from which a jury could conclude that Monsanto does not particularly care whether its product is in fact giving people cancer, focusing instead on manipulating public opinion and undermining anyone who raises genuine and legitimate concerns about the issue.”

According to the latest annual report by Bayer, who bought Monsanto, as of January, Monsanto was facing lawsuits from more than 11,000 plaintiffs claiming exposure to glyphosate-based products caused them harm.

The Financial Times just reported that over the past 12 months, Bayer’s market value has dropped by more than a quarter — mostly as a result of investor concerns over the legal risk linked to glyphosate.

Bayer’s stock price in both the German and American exchanges has fallen by nearly half, eliminating more than $50 billion in market value since the company’s ill-advised acquisition of the international pesticide conglomerate known to its critics as Monsatan. 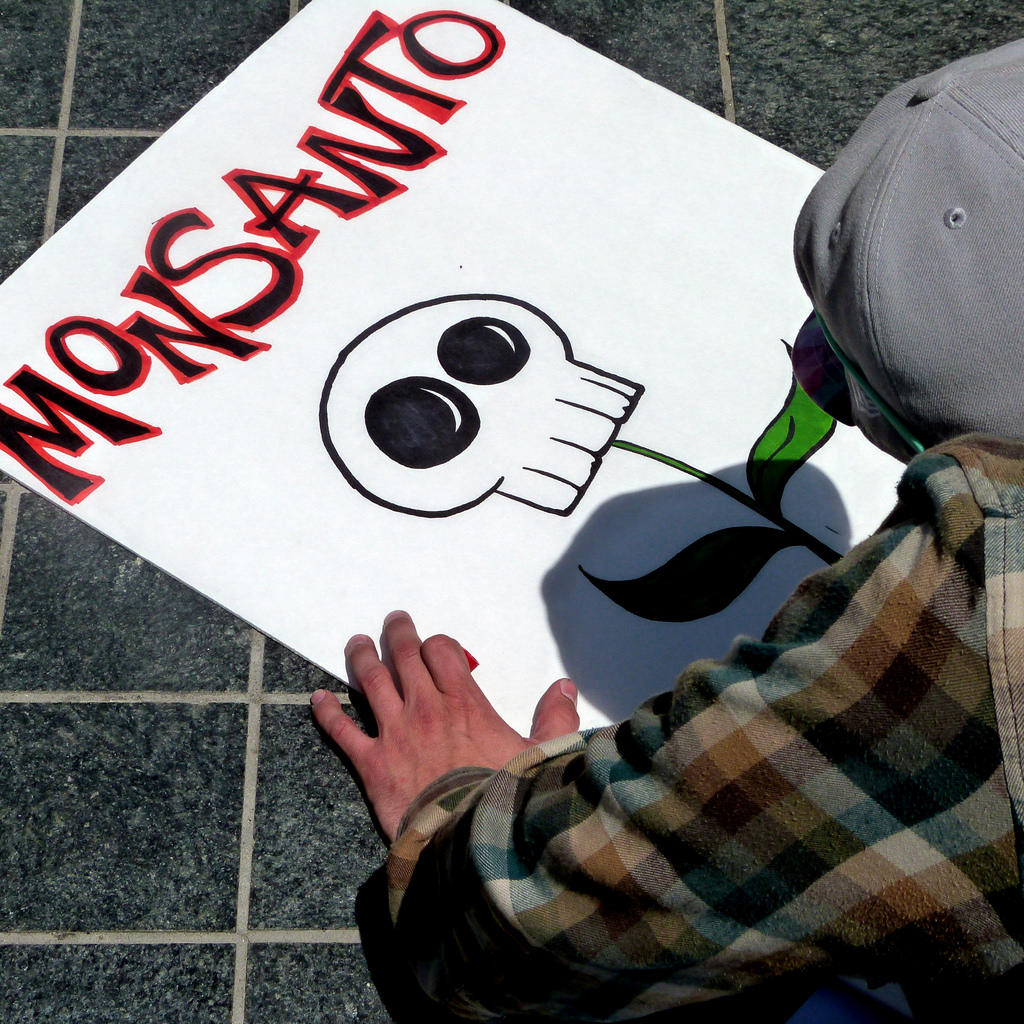