The US Court of Appeals for the Ninth Circuit has  invalidated county ordinances in Kauai, Maui, and Hawaii counties that sought to enforce public health protections (such as buffer zones, pesticide use disclosure and environmental impact studies). The court ruled that under Hawaii law, counties and municipalities do not have the authority to regulate GE crops, and that Hawaii state law places such authority in the hands of the State alone.

The court acknowledged that “the cultivation of GE crops also may raise environmental concerns, such as harm to beneficial plants and animals caused by the increased use of pesticides sometimes associated with testing and growing GE crops, the proliferation of ‘superweeds’ and other pests resistant to pesticides, and the reduction of biodiversity.”

The court also ruled that the U.S. Department of Agriculture (USDA) alone has the authority to regulate field trials and experimental GE crops; neither states nor local governments can ban or approve.

“We’re disappointed that the court misinterpreted Hawaii law and concluded the Hawaii legislature decided Hawaii counties lack any such authority,” Earthjustice attorney Paul Achitoff said. “The legislature did not, and the decision leaves Hawaii unprotected from the harms the Ninth Circuit acknowledged. We believe that when Hawaii’s state courts have an opportunity, they will reject the Ninth Circuit’s conclusion on this point and allow Hawaii’s people to protect themselves, since the State certainly hasn’t protected them.”

“As a mother and a resident of Kekaha, Kauai, I will continue to stand up and protect my family and my community,” said Malia Kahale’ina Chun, a mother, educator and Native Hawaiian cultural practitioner. “It is our responsibility to insure that our keiki (children) have access to clean air, clean water and to the aina (land)  that sustains them.”

Maui’s Shaka Movement against GMO cultivation released a statement on the decision which included:

1 ) During public testimony in Maui County, the United States Environmental Protection Agency (EPA) agreed that new unintended chemical compounds can be created when combining chemicals in the GMO fields as practiced in Maui County

2 ) Admitted that the EPA, does not regulate such combinations nor do they have any mechanisms, systems or reporting requirements for such chemical combining activities

5 ) The University of Hawaii produced definitive research results proving that agricultural pesticide and herbicide runoff is the direct cause of the destruction of our reefs through the death of the natural grasses and plant life which have been overtaken by chemically tolerant and chemically saturated superweeds which when consumed by the local turtle population is the direct cause of the cancerous tumors within that population. 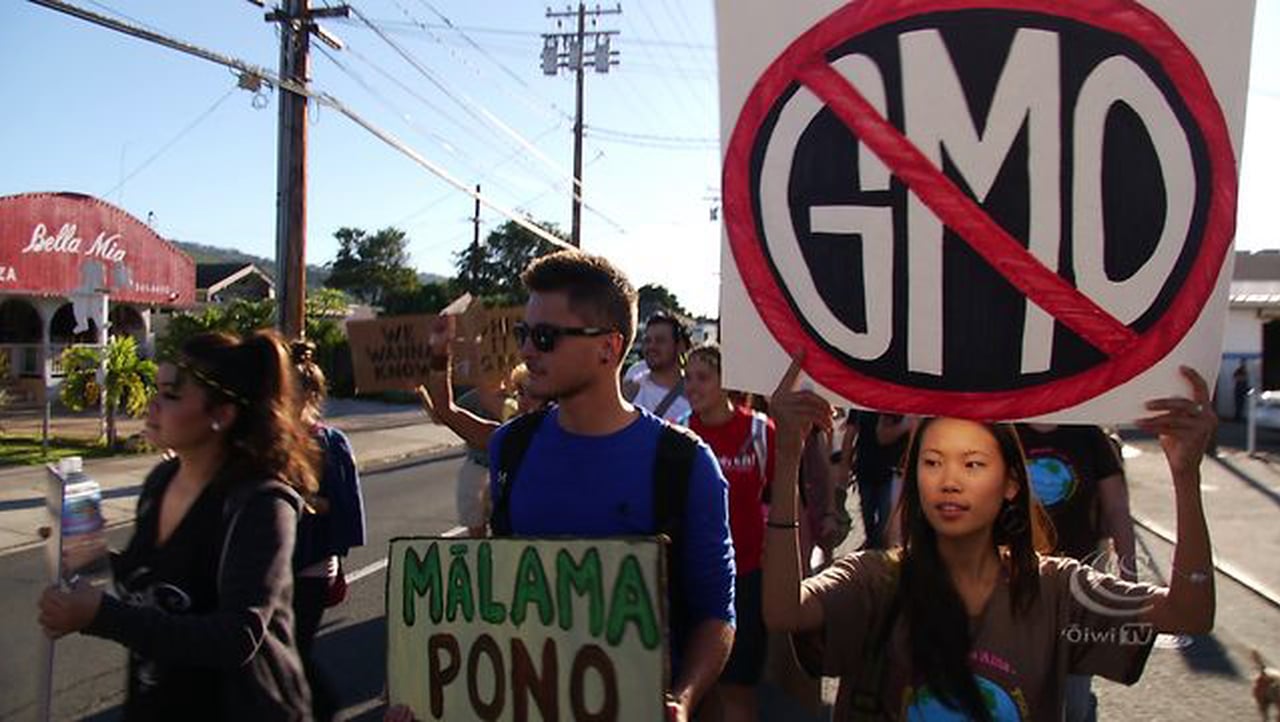