The upcoming 2018 Maui election offers an extraordinary, historic opportunity to change the power structure that has limited progressive change on our island. The Maui Ohana wing of the County Council – Elle Cochran, Alika Atay and Kelly King – is poised to be joined by another wave of reformist candidates seeking to take Maui in a pono, environmentally friendly direction. The new wave of candidates includes Trinette Furtado, Keani Rawlins-Fernandez, Natalie Kama, Tamara Paltin, and Shane Sinenci.

In response to this populist surge of public interest focused new candidates, Maui’s Monsanto-boosting old guard has mounted its own force of establishment candidates to preserve its control over the County’s Executive branch (mayor) and its narrow 5 to 4 Council majority.

The corporate funded Old Guard candidates include previously elected officials like Mike Victorino running for mayor, as well as retiring Maui mayor and proponent of pesticides and GMO farming, Alan Arakawa, who is running for County Council. In the hope of preserving current Council Chair Mike White’s razor-thin 5 to 4 “gang of five” majority, Arakawa is joined by former Council Members, Alice Lee and Mike Molina.

Maui voters are among the most progressive of any county in America. During the 2016 presidential primary, Maui Democrats chose Bernie Sanders over Hillary Clinton 78% to 21%. Despite this, Old Guard politicians empowered by corporate donations have dominated the County’s politics since the plantation era, creating a local government that resembles Republicans more than Bernie boosters.

Up until now, these Old Guard leaders have managed to frame Maui politics with false narratives propagated by the region’s big land owners, major developers, pesticide multinationals and the multi-billion dollar corporations owning our water.

Everything has been framed as a trade-off – housing or tourism versus the environment. If you want houses you can’t protect the environment. You can’t slow the growth of tourism because that harms the economy. And we need corporate, industrial farms because local food production is not economically sustainable.

We have been served up the myth that the only way we can build housing is to find plots of land that shouldn’t be developed, develop them, and put in a high percentage of luxury homes to subsidize the “affordable” ones.

The new guard sees this as a false narrative. Elle Cochran, Alika Atay and Kelly King are tired of selling our resources down the river for the promise of a few dozen homes that few working residents can actually afford.

“The either/or narrative is false, and our residents and resources don’t have time for that anymore,” says Autumn Ness with the Elle Cochran campaign. “Corporate interests keep saying if you’re pro-environment you’re anti-housing. Why do you have to choose one? We have a massive choice right now to pull ourselves out of the old narrative and make better choices that are pro-environment and pro-housing.”

The passage of the 2014 voter initiative declaring a moratorium on GMO cultivation posed a dramatic threat to the island’s power elite. It demonstrated that a majority of our electorate could stand up to the world’s largest agrochemical giant and its allied political lackeys. At the time every council member except Elle Cochran indicated they disapproved of the attempt to protect Maui’s environment from Monsanto’s destructive GMO seed production.

The Maui initiative was passed even though Monsanto and Dow Agrosciences spent more than $8 million on a pro-GMO campaign that amounted to the largest expenditure per voter ever spent to defeat a public initiative. At the time, Cochran, who had been the lone voice on the council speaking out against pesticides and GM food, hailed the win as “earth-shattering, history in the making.”

During the 2016 Council elections, Cochran was by far the top vote getter among nine winning candidates, winning 20% more votes than Mike White, who backroom-dealed his way into winning the Council Speaker’s seat. Recently voted the favorite county official by Maui Time readers, Cochran emphasizes: “I aim to bring progressive and innovative thinking to the administration.”

Attempting to stop old-boy backroom deals and the influence of big business, Cochran explains: “Lobbyists have corrupted decision-making. The majority of politicians holding office currently are beholden to corporate interests and large land owners in Hawaii.”

Also running for Mayor is former Council Member Mike Victorino, who  opposed the GMO moratorium in 2014 because of its purported loss of jobs.

In 2012, when the Maui Council examined a bill that would prohibit using or selling polystyrene disposable containers, Victorino headed up a task force that concluded the bill wasn’t the best way to protect Maui’s environment. The bill was finally passed in 2017, after he had left office.

The bill had included the phrase that polystyrene “is a suspected human carcinogen.” An amendment to remove the phrase was passed by the usual Old Guard suspects – Yuki Lei Sugimura, Mike White, Robert Carroll, Stacy Crivello and Riki Hokama. In contrast, Alika Atay, Elle Cochran, Don Guzman and Kelly King opposed the amendment. According to the World Health Organization’s International Agency for Research on Cancer styrene is “probably carcinogenic to humans.” Sugimura even tried to push back the bill’s compliance date to June 30, 2019.

Alika Atay will compete for the Wailuku seat against former councilmember Alice Lee. The president of the lobbying organization Go Maui Inc., which spoke against the GMO moratorium, and supports corporations and developers, Lee would like to turn the clock back in time to the days when the council avoided meaningful change.

In a veiled attack on Alika Atay who has fought with Mike White over misuse of power, Alice Lee denounced discord at council meetings. “It is quite obvious that the ongoing discord on the Council caused by some members is counter-productive and detracts from the work of the people.”

Lee has also taken umbrage at folks questioning A&B’s plans for former sugar land, and concerned about GMO cultivation, in an informational meeting where council member Yuki Lei Sugimura stifled public comment. “Many people turned out to testify, apparently, incited by misinformation spread on social media,” she wrote. “When Yuki tried to keep order in the meeting and provide everyone a chance to speak, Yuki was rudely sworn at and chided. I never experienced anything like the spectacle we witnessed.”

It could be a sign that the powers-that-be are desperate to thwart the influence of Maui Ohana candidates, prompting Lee to pop back up to further the corporate agenda.

Running for the Upcountry seat, Yuki Lei Sugimura is known for dismissing environmental concerns when new development projects are proposed. She is also infamous for trying to suppress public comment on GMO crops at a council meeting on A&B’s diversified agriculture plan. When Maui District Health Officer Dr. Lorrin Pang brought up the issue of GMO crops and pesticides, Sugimura tried to stop him from talking.

At this meeting, Elle Cochran queried A&B’s Rick Volner about its GMO corn crop. Volner falsely stated: “None of the GMO corn is for animal feed.” The crop was destined for the Big Island Dairy.

Last year Sugimura questioned a bill, introduced by Cochran, to ban sunscreens containing the toxic chemicals oxybenzone and octinoxate. She suggested that the county already has a hard time enforcing rules. She was the only councilor who gave voice to the concerns of the cosmetic industry. The chemicals were banned by the State this year.

“She’s a committed corporate apologist” says Mark Sheehan of the Sustainable Action Fund for the Environment. The Grade Maui Council web site gave her an overall “F,” stating: Yuki loves corporations and developers and does their bidding with gusto. The “anti home rule” council member, she is always trying to look for a way to move the issues plaguing our county into the jurisdiction of the State or the Feds.

In June, Sugimura opposed the moratorium bill (authored by Elle Cochran) to stop sand mining on Maui. Developers and large landowners objected to the bill. Honolulu Construction & Draying had been shipping Maui sand to Oahu for construction projects.

Now running for the Kahului seat, as he is no longer able to run again for Mayor, Alan Arakawa is infamous for his, “there’s no such thing as sacred rocks” statement on TV. In a stunning trampling of Hawaiian culture, he rambled on: “Kamehameha declared Christianity the religion of Hawaii. In Christianity, thou shall have no false god before me. There are no sacred rocks in that religion.”

Arakawa is also infamous for swearing during a contentious council meeting, where Mike White’s power grab was vehemently opposed by public testimony. Arakawa exploded and began swearing after Cochran requested a public hearing on the matter. “Hey, I call it as I see it. Bullshit is bullshit,” he fumed.

A GMO advocate, in a Maui News column on the federal court blocking the moratorium, Arakawa implied people were bullied into supporting the initiative through harassment on social media. “Don’t give in to the mob mentality and online bullying tactics,” he wrote. His ties to Monsanto include appointing former Monsanto lobbyist Carol Reimann to be Housing and Human Concerns Director.

Finally we have Molokai councilmember Stacy Helm Crivello, sister of the late activist George Helm. According to Grade Maui Council she, “comes from the viewpoint that all economic growth is good, despite the consequences to the environment. Crivello postures that she is fighting for the people and small businesses of Molokai, but her position doesn’t always prove to be fact based.” She is known to disparage Molokai testifiers that disagree with her.

In 2016 she reported the campaign against GMOs was “confined to a couple voices.” In actuality, Molokai voted 37 percent for the moratorium on GMO crops in Maui County. 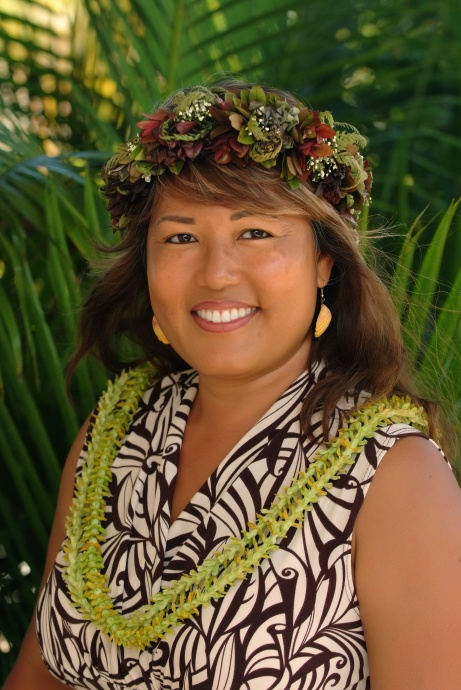