The New York Times published a report by investigative journalist Danny Hakim that slams GMOs as the food boon for the future concluding, “genetic modification in the United States and Canada has not accelerated increases in crop yields or led to an overall reduction in the use of chemical pesticides.”

Hakim compared US yields of crops like corn and sugar beets with the same crops grown in Europe, where GMOs aren’t widely used. He also compared pesticide-use rates. The result: “The United States and Canada have gained no discernible advantage in yields—food per acre—when measured against Western Europe, a region with comparably modernized agricultural producers like France and Germany.” The result, he notes, is consistent with a recent National Academy of Sciences report that found that “there was little evidence that the introduction of genetically modified crops in the United States had led to yield gains beyond those seen in conventional crops.”

Data from the United States Geological Survey, shows the stark difference in the use of pesticides. Since genetically modified crops were introduced in the United States two decades ago for crops like corn, cotton and soybeans, the use of toxins that kill insects and fungi has fallen by a third, but the spraying of herbicides, which are used in much higher volumes, has risen by 21 percent.

By contrast, in France, use of insecticides and fungicides has fallen by a far greater percentage—65 percent—and herbicide use has decreased as well, by 36 percent. 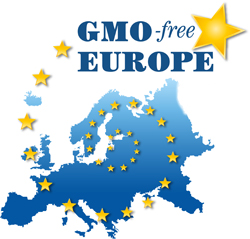