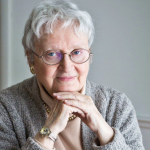 I have always longed for a world where people are as interested in each other's good as their own. I have always lived in a world where people are more interested in competing for profit and status than in each other's good. Do you live in a world of greed and long for a world of good? What human evils endanger our beloved planet? Can we do anything about it? My Infinite Games Series - The Marshlanders, Fly Out of the Darkness, The Road to Beaver Mill and the Battle for the Black Fen (all available on Amazon.com), are my way of asking those questions and suggesting answers to them. I taught English and Creative Writing at the University of Wisconsin-Madison for many years, but I eventually threw my full professorship out of the window to engage in community activism and novel writing. I chose speculative fiction with a real world (non-fantasy) flavor to tell the story about how environmental degradation began in the early modern era, based on the historical conflict between "Merchant Adventurers" and self-sustaining Fen dwellers. My novel series fits nicely into the new genre of Eco-Fiction. During research trips to East Anglia, I discovered that the Fen people revolted against the Bishops at Ely as early as the eleventh century, rose up against unjust landlords in the thirteenth century, and, as the Fen Tigers, conducted such successful guerrilla skirmishes against the drainage schemes of the Earls of Bedford that it took 300 years for their completion. My Marshlanders seek harmony with nature and each other. Their enemies want to drain their wetlands for exploitation and profit. My Infinite Games series is suitable for young adult readers as well as for adults. 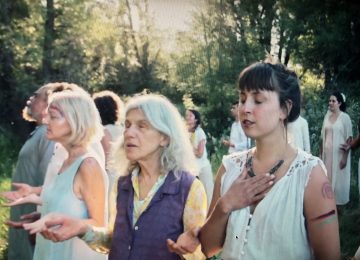 Posted by Annis Pratt - January 20, 2019
What if, after the political horrors and social cruelties of his first presidential term, Donald Trump should win the 2020 election?  That is the premise of  Jonathan Greenberg’s new book America 2034:…
Read More